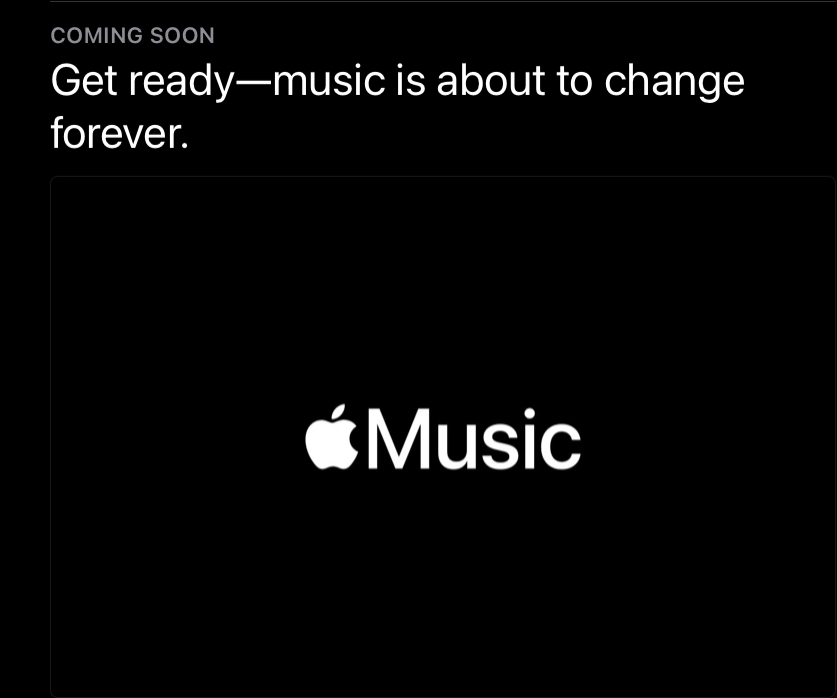 Apple is teasing upgrades to Apple Music with a new section added to the ‘Browse’ section in both the Apple Music app and web app. The section, which says “get ready – music is about to change forever”, is likely related to the rumoured lossless music feature Apple has been developing.

Accompanying the teaser is a 15-second video clip featuring the Apple Music logo splitting and moving repeatedly. Click here for a direct link to the new section on Apple Music.

Lossless audio being added to Apple Music has been rumoured for several weeks. The lossless audio feature, reportedly named “Apple Music HiFi”, means that songs could use a higher bit rate for music streams.

Additionally, @InternalStore on Twitter went through the data of the video file and found references to ‘Lossless’ and ‘Dolby Atmos’ in the data, which suggests Apple is going to be adding those features in the new Apple Music update.

Apple is reportedly planning to announce and release ‘Apple Music HiFi’ on May 18th in a press release. It still remains unknown whether or not Apple will charge subscribers extra for the new benefits of Apple Music HiFi or if it will be integrated into the service at no additional cost.